NXP reported revenues of $3.45 billion in Q3 2022, an increase of 20.4% YoY and 4% QoQ, and $20 million more than the midpoint of the company’s previous guidance. NXP’s automotive, mobile and communication infrastructure segments performed well compared to Q2, while the industrial and IoT segment struggled. Specifically, the consumer-exposed IoT business, accounting for almost 40% of revenue, experienced weaker sell-through in the channel. However, demand from automotive and core industrial customers remained resilient supported by accelerated growth drivers. Due to higher factory utilization and sales volume, the non-GAAP gross profit was almost $2 billion and the margin was 58%, up 150 basis points YoY. 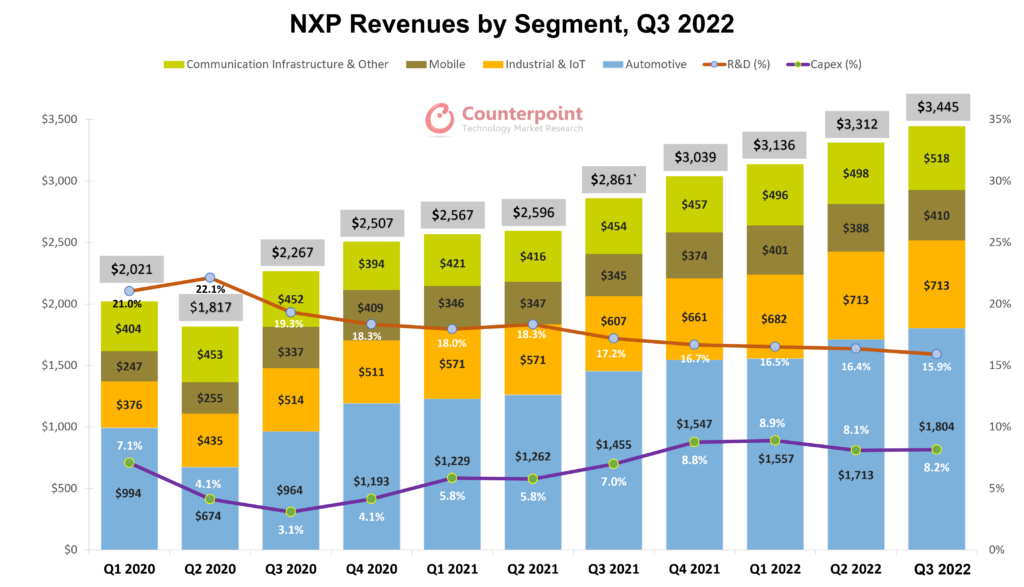 NXP’s supply capabilities have improved over time but major end markets like auto and core industrial continue to face shortages. Prevalent weak macro conditions and extended China lockdowns will cause further hindrances to the revenue recovery of consumer-oriented markets. However, the company is being cautious and trying to mitigate costs by reducing its discretionary spending, lowering incentive compensations, and focusing on a strict approach to managing distribution channel inventory.

Tax refunds may be smaller this year. How to ensure you get every dime

On the secondary market, shares are discounted 40% on average, says industry pro

On the secondary market, shares are discounted 40% on average, says industry pro • TechCrunch