Unlike some few years back when we had just a few mobile phone manufacturers, we now have a lot of them out there. New manufacturers have stepped into the game and it does not look like it will end there. We will keep having even more than what we have now with time.

It is indeed a very tough competition for all the manufacturers. Previously, we used to have the likes of Samsung, Apple, Huawei and a few others competing for the Flagship market. Other new manufacturers mostly focused on entry level and midrange smartphones.

That is not the case any more in these recent years. Now, you will find almost every to manufacture out there, whether big or small competing in all areas of the smartphone market. Being it entry level, midrange or flagship level.

Every manufacturer is trying to catch the attention of consumers with their technologies. Which is a very good thing because, at the end of the day, it is the consumer that benefits from all the techs. This also gives consumers a lot of options to choose from.

Samsung And Apple Dominates The Market

However, only a few can actually take the top spot. Everybody cannot be the first, definitely there will be number 1, number 2, number 3 in that order. This leaves us with the obvious top 2 smartphone manufacturers, Samsung and Apple. 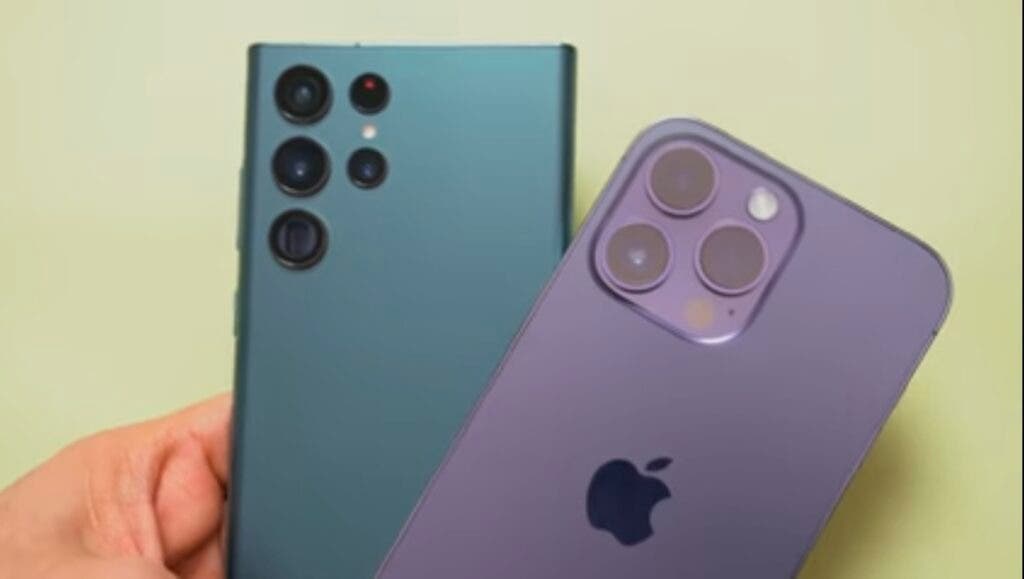 The debate between Samsung and Apple fans looks like an unending one. Sometimes, it looks like the argument between Ronaldo and Messi fans. Everyone thinks their hero is the best and of course, they have good explanations to back their choice.

I have come across these arguments on an uncountable occasions. I have realized that wherever Samsung or iPhone is mentioned, arguments like this is likely to pop up. This is my main reason for coming up with this article.

None of the results in this article came from my personal opinions. We have carefully gathered a lot of results from different comparison videos. More our own comparison before writing this article. 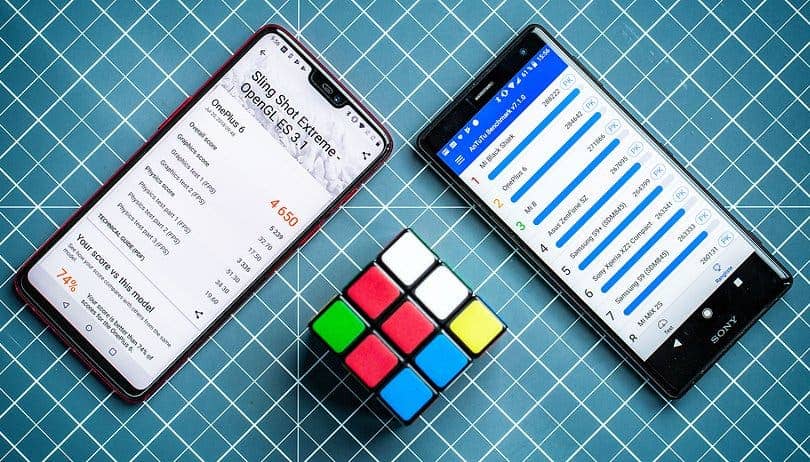 The real life performance test results will also follow afterwards. This way, we can easily confirm whether benchmark scores really translates to the performance of smartphones in real life usage. The winner of each test gets 1 point. So it is either 1 point or nothing. At the end, we will know how many points each phone got. Let’s get started…

The Samsung Galaxy S22 Ultra got a Geekbench score of 1168 for single core-score. It also got 3508 for multi-core score.

The iPhone 14 Pro Max on the other hand got a Geekbench score of 1879 for single-core score and 4664 points for mult-core score.

So you can clearly see that the iPhone 14 Pro Max totally leads the Samsung S22 Ultra in both single-core score and multi-core score on Geekbench. This leads us to 1 point for the iPhone.

Gizchina News of the week

The ML benchmark scores also come from Geekbench. It measures the machine learning and AI capabilities of your smartphone. 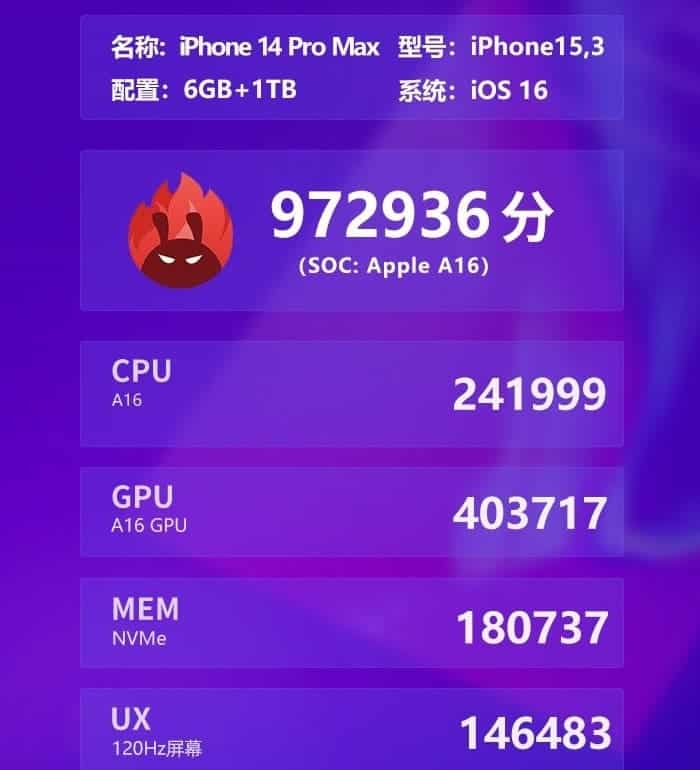 Again, the iPhone 14 Pro Max clearly leads the Samsung S22 Ultra on Antutu Benchmark. Another 1 point for the iPhone.

The iPhone got the point here too. This brings us to the end of the Benchmark tests. Apple clearly dominated the benchmark scores over Samsung. The iPhone claimed all the 4 points from the benchmark results. But will that be the case if we get into real life test? Let’s find out.

Boot Time: the iPhone 14 Pro Max finished booting in about 10 seconds while the Samsung Galaxy S22 Ultra took about 13 seconds to boot up. 1 point for the iPhone here.

Twitter App: The Twitter app opened first on the Samsung S22 Ultra. So one point for Samsung and 0 for Apple here.

TikTok App: Apple takes the lead again with loading time of Tiktok app. Another one point for Apple.

PubG Game: PubG game also loads faster on the iPhone. One point again for the iPhone and zero for the Samsung. 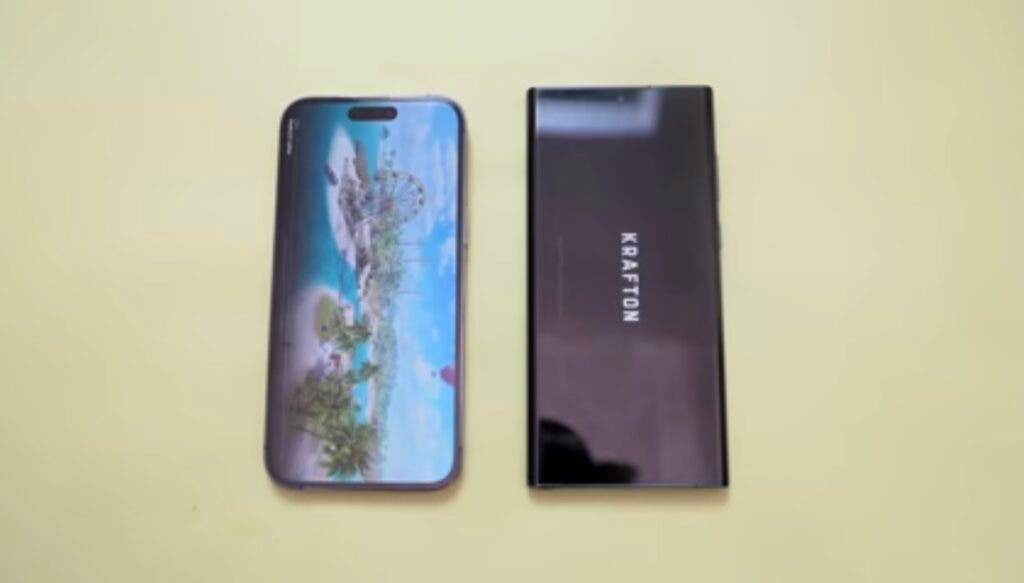 In conclusion, the iPhone 14 Pro Max has a total of 4 points from the app load time while the Samsung S22 Ultra has 2 points.

In the video rendering we tested about 4 video editing apps but the outcome were all the same. So we had to go with only two apps for the purpose of this article. We decided to go with Capcut video editor and Adobe Lightroom.

Adobe Lightroom: For the Adobe Lightroom, we used a larger video file for the test. The Bionic A16 powered iPhone was able to complete this task within 7 minutes 2 seconds. The Samsung completed within 14 minutes, 2 seconds. Apple claims the point here as well.

This brings us to the end of the performance test. The Samsung S22 Ultra also completed with a battery level of 78%. The iPhone 14 Pro Max had 76% battery left. 1 point for Samsung here. At the end, these are the total points for each smartphone.

Judging from the final score, we can clearly conclude that Benchmark scores really matter when it comes to everyday usage. But can I also conclude that the iPhone 14 Pro Max has totally crashed the Samsung S22 Ultra in real life performance?